Posted at 17:50h in SAM 2019 music and dance performance by Charlyne Bach 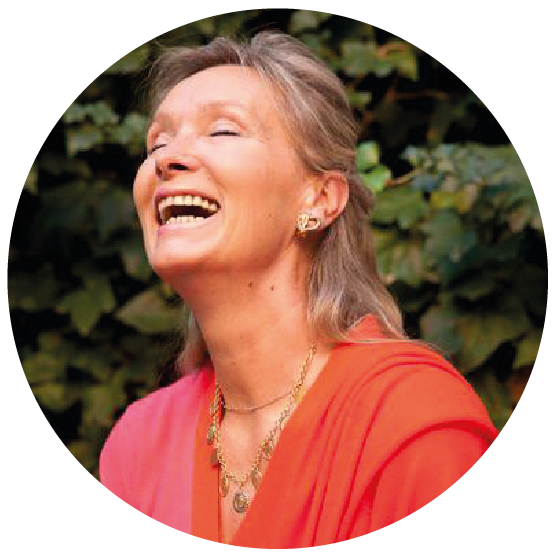 Born in Strasbourg, Elizabeth Sombart began studying piano at the age of seven. She enters the conservatory of her hometown and gives her first public performance at eleven years old. After receiving the first national prize of piano and chamber music, she left France to study in Buenos Aires with Bruno-Leonardo Gelber and his mother. Her training was completed by great masters such as Peter Feuchtwanger in London, Hilde Langer-Rühl in Vienna and finally Sergiù Celibidache at the University of Mainz, with whom she studied musical phenomenology – the complex ways in which man reacts to sound – for ten years.

From an early age, Elizabeth has sought to share classical music with a wide variety of audiences and with people from disadvantaged backgrounds. In 1988, she created the “Résonnance” Foundation, active in seven countries. One of the main goals of the foundation is to bring classical music into institutions where it is not: hospitals, orphanages and prisons. More than five hundred concerts are planned each year in these places.

The “Resonance” Foundation also aims to create piano schools based on the founding principles of free education, without examinations, without competition, without age limits and by using the teachings of Resonance Pedagogy – the phenomenology of his and gesture. Through a rigorous and technical presentation in three volumes gathering the teachings of Celibidache and Langer-Rühl, the objective of this teaching is to serve and offer music. In 2014, Elizabeth Sombart created the International Center study of Résonnance pedagogy, which is now replaced by the Résonnance Academy. Free piano, vocal, chamber music, improvisation and masterclasses classes are offered by Elizabeth Sombart and Jordi Mora as dean.

Elizabeth recorded a complete discography, published several books and presented numerous documentaries. Because of her expertise in musical phenomenology, she has a particular passion and reputation for interpreting Chopin’s musical language and she recorded all Chopin’s nocturnes. She has made highly acclaimed recordings of the two Chopin piano concertos with the Royal Philharmonic Orchestra, as well as the Favorite Adagios, a double CD of adagio movements of the great piano concertos, as well as the RPO. Elizabeth recently played with tenor Andrea Bocelli on invita? On at special gala concerts in Bucharest and Fatima.

Projects for the future include new invitations to London for a major project marking the 250th anniversary of Beethoven’s birth. With the Royal Philharmonic Orchestra, Elizabeth has recorded the composer’s five piano concertos and will perform the entire cycle live at Cadogan Hall and on tour between October 2019 and December 2020.

Elizabeth Sombart has been honored in France with the ranks of Knight of the National Order of Merit and Knight of the Order of Arts and Letters for her achievements and services in the service of music.